Abu Dhabi is the capital and the second largest city of the United Arab Emirates in terms of population and the largest among the seven member emirates of the United Arab Emirates. Abu Dhabi lies on a T-shaped island jutting into the Persian Gulf from the central western coast. Abu Dhabi houses offices of the federal government, and is the seat for the United Arab Emirates Government. Its rapid development and urbanization, coupled with the relatively high average income of its population, has transformed Abu Dhabi to a larger and advanced metropolis. Today the city is the country’s center of political, industrial activities, and a major cultural, and commercial centre due to its position as the capital. Abu Dhabi is home to important financial institutions such as the Abu Dhabi Securities Exchange, the Central Bank of the United Arab Emirates and the corporate headquarters of many companies and numerous multinational corporations. One of the world’s largest producers of oil, Abu Dhabi has actively attempted to diversify its economy in recent years through investments in financial services and tourism.

ADAFZ business center is a sought after business address centrally located within the boundaries of Abu Dhabi international airport comprising of hotel, retail, amenities etc, within the destination.

The ADAFZ business centre offers fully furnished, serviced and spacious business units ideal to operate businesses out of ADAFZ’s easy to do business environment. The facility is designed to enhance the flexibility to accommodate individual and corporate clients.

Shareholder for ADAFZ Company Can be Individuals or Corporate entity

Individuals only (Minimum one. Shareholder can also be Director)

Do note that shares are deemed to be issued on company incorporation irrespective of whether share capital is deposited in bank pre or post incorporation.

Annual audit report not to be filed in ADAFZ (licensing authority)

3 to 4 weeks to obtain trade license of the company and register a company in ADAFZ.

The documents required for business set up in ADAFZ depends on whether a shareholder is individual or corporate entity. Basic requirements are

To know more about the complete requirements for company formation in ADAFZ call us now on 050-8992852 or drop an email to sagar.mehta@gbsei.com

Call us now on 050-8992852 or drop an email to sagar.mehta@gbsei.com to know about special promotions/offers related to business setup in ADAFZ.

Global Business Services DMCC has helped many individuals and corporate entities to set up their businesses in ADAFZ. Our company acts as a one stop solution for ADAFZ company incorporation services.

If you are looking for ADAFZ company setup, please get in touch with us for professional assistance

Call us now on 050-8992852 or drop an email to sagar.mehta@gbsei.com to know about special promotions/offers related to business setup in ADAFZ.

Whilst every effort has been made to ensure that the details contained herein are correct and up-to-date, it does not constitute legal, tax or other professional advice. We do not accept any responsibility, legal or otherwise, for any errors or omissions. 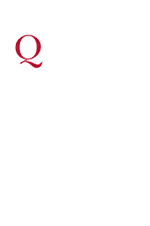